Digital Watchdog’s MEGApix® IVA™ IP Camera Series features live video analytics that can be utilized through DW Spectrum® IPVMS to create event notifications that can be sent to users for easy surveillance management.  While designed with ease-of-use in mind, some setup is still required.

This article will outline recommended installation details and how to calibrate the analytic area for a MEGApix IVA IP Camera.

Below are the analytic events available with the MEGApix IVA base package and the IVA+ upgraded package.

**NOTE:  Each MEGApix IVA/IVA+ camera can support no more than 40 detection zones at a time for analytics. 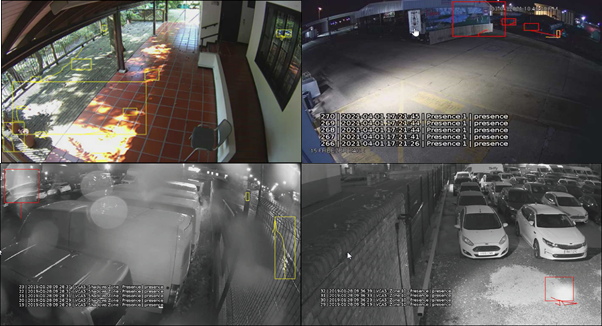 The camera’s video analytics is wholly dependent on accurately tracking moving objects and people that cross in front of the camera. If the camera is not properly calibrated or cannot detect motion, it is unlikely that these features will operate as intended.

By calibrating the camera’s installation height and angle, the analytic engine can more accurately determine its depth perception.

The following materials are recommended for setting up and configuring an IVA camera:

To calibrate the analytic area of the camera:

Use the target object for calibration. 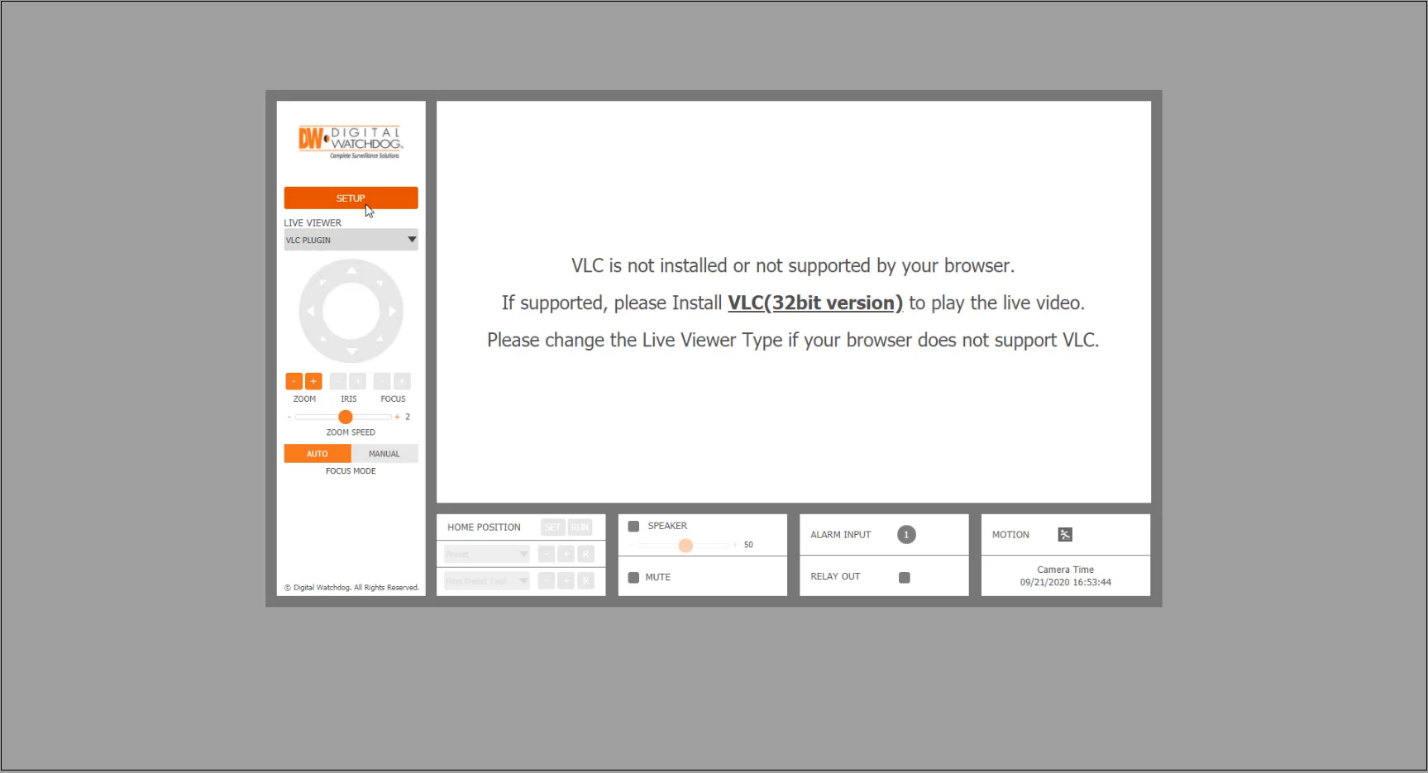 Enter the Height, Tilt, and VFOV of the installed camera.  If you would like, you may also change the measurement system from Metric to Imperial if you prefer.

In the preview window, use the target object (ladder) as a sizing reference against the mimics and try to configure the settings so that the grid and mimics are as closely comparable to the actual scene as possible. Each mimic is considered representative of a 5’10” person. 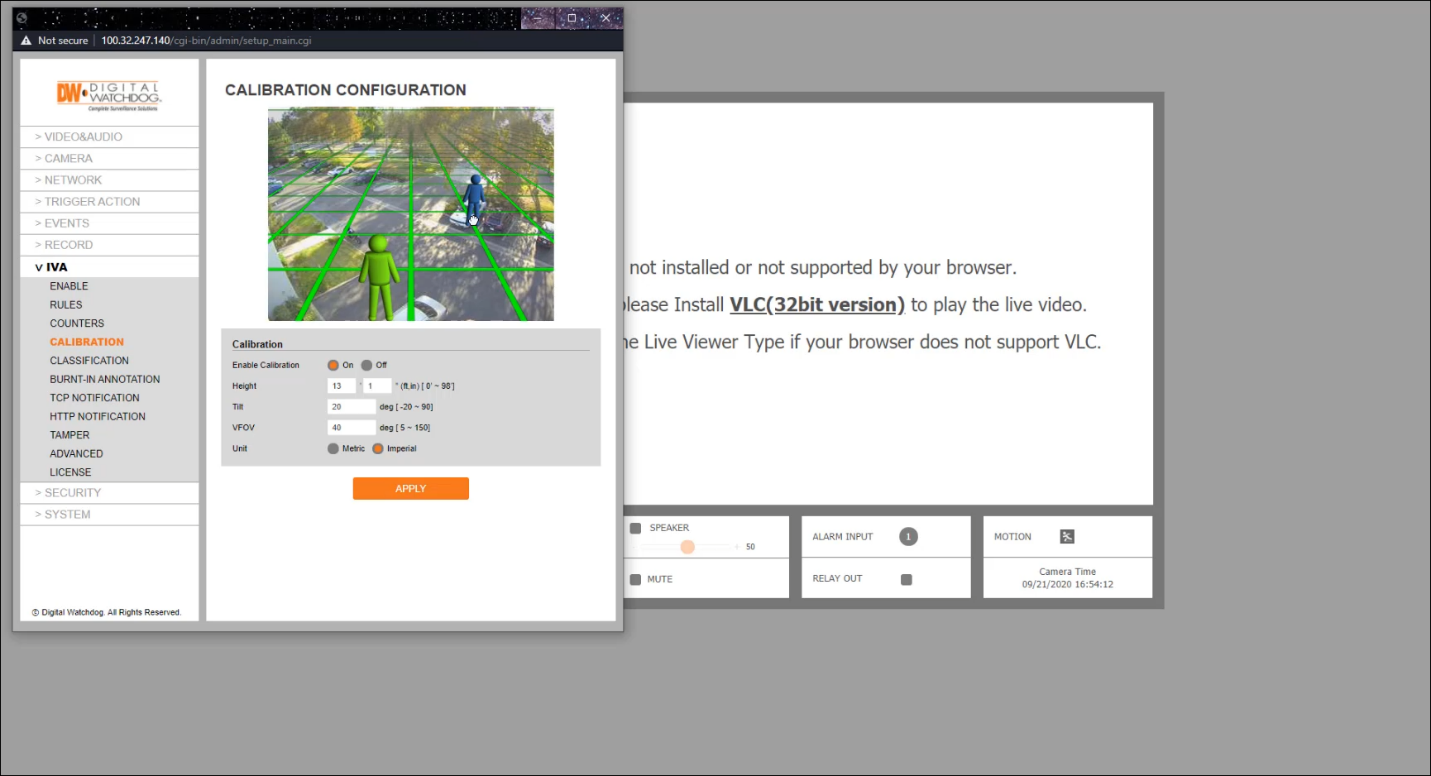 Next, to view analytic information and activity, the Burnt-In Annotation setting must be enabled.

Set the Activation setting to “ON”.

Set the Display On setting to “Sub Stream”.

**NOTE:  The Main Stream cannot be selected for annotations.  The stream must be set to a resolution lower than 1920x1080p. 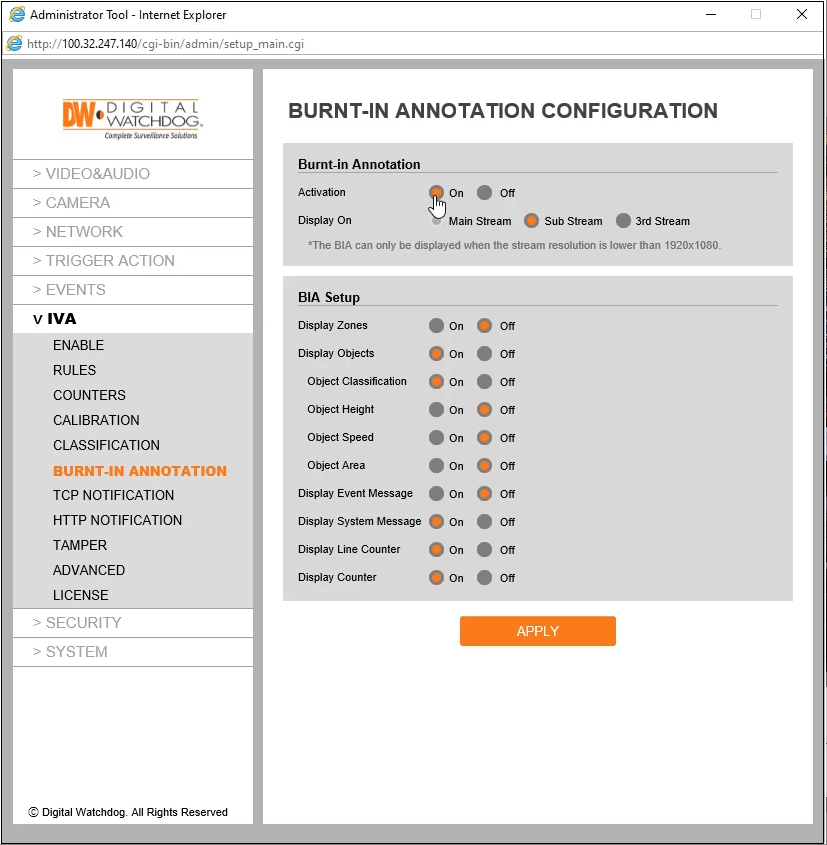 Once the annotations have been defined and applied, viewing the specific video stream will allow you to view the analytic areas, detection lines, and object tracking.

Create the desired IVA analytic rules as needed.  You may create up to 40 detection zones at a time. 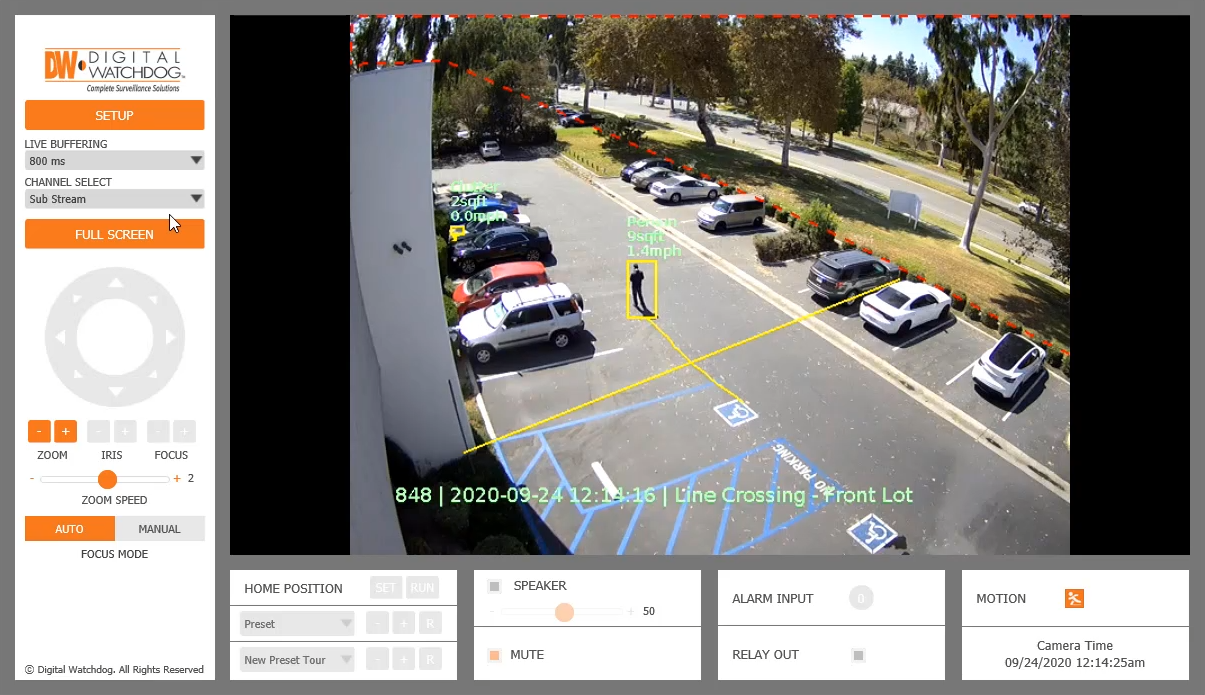 For more help with setting up the analytics of a MEGApix IVA/IVA+ camera, check out the DW Knowledge Base.