The MEGApix® IVA/IVA+™ IP camera series features an analytics engine that can be combined with the Event alarms feature that is utilized by DW Spectrum® IPVMS Servers.  In order for a MEGApix® IVA/IVA+™ camera’s analytic engine to perform at its best, it is important that the camera is installed while considering the camera’s environment.

This article will outline recommendations for positioning and maintaining an installed MEGApix® IVA/IVA+™ camera to maximize the effectiveness of the IVA™ analytics engine.

A camera should be considered successfully installed once it has been firmly mounted, is confirmed to be properly connected and functioning, and the camera video is appropriately positioned and focused on the target area.

All cameras should be mounted securely to their mounting surfaces to prevent cameras from shaking or from moving unprompted.  By securely mounting the camera, “camera movement” or “scene movement” can be avoided.

It is recommended that cameras are positioned with the intention that the “dead zone” of one camera can be covered by another camera’s field of view (FOV).  To do so, each camera’s FOV should survey their target areas or target objects for no less than two (2) seconds (or 10 frames) while monitoring.  This is why it is important to take the location of the camera’s physically mounted position into consideration during installation.

The minimum target size that a MEGApix® IVA/IVA+™ camera can detect and track is 0.02% of the camera’s FOV.  At full HD resolution, this corresponds to an area of 17x30 pixels.

Every camera should be mounted at a height and angle so that all target objects occupy between 2% – 10% of the camera’s FOV.

**NOTE:  When using the analytics engine of a MEGApix® IVA/IVA+™ camera, it is highly recommended to calibrate the camera’s FOV so that the analytic engine can accommodate for the physical orientation of the installation.  This will mitigate false-positives and increase analytic accuracy.

To mitigate this, it is recommended to create a Non-Detect Zone IVA™ rule and mask areas where ambient motion may occur (i.e. highways, foliage, etc.) 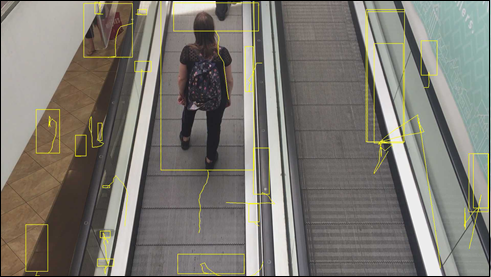 When installing any camera, it is important to consider the environmental lighting conditions of the target area. Areas that experience sudden and frequent lighting changes, lots of shadows, or poor lighting conditions in general are more likely to experience issues when the camera transitions between Day Mode and Night Mode, lower image quality, and other inconveniences.

A camera should be positioned so that it does not receive direct light from any source to prevent lens flares. If cameras are being installed indoors, avoid placing cameras too close to fluorescent lights, particularly if the light source is close to the camera’s viewing axis. Light can strike the dome of a camera and reflect directly into the lens, which (due to the fact that fluorescent lights emit light in pulses) can generate visual artifacts such as ‘banding’ in the image. This can be mitigated by positioning the camera outside of direct paths of light or by maximizing the distance between the camera and ambient light sources.

Ideally, the target area should have consistent lighting, with minimal shadows or reflective surfaces.  For example, if a camera is facing any doors or windows that can reflect sunlight toward the camera, the object tracking performance will be affected.  Or, as another example, shadows that are created by trees can be a source of false-positive object tracking by the camera.

As the presence of consistently moving shadows can trigger the IVA™ object tracking feature, creating false positives.  Some IVA/IVA+™ analytic rules (e.g. Counting Line) will allow you to enable a Shadow Filter feature to mitigate the interference of moving shadows being tracked by the analytic engine. 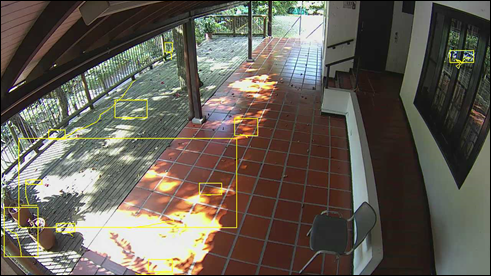 When using an IVA™ camera at night, the environment will need to either be adequately illuminated by external lights or the camera should be equipped with IR LEDs.  Each camera should be positioned so that it does not receive direct light (such as from vehicle headlights) or at least a minimized amount of light when possible. 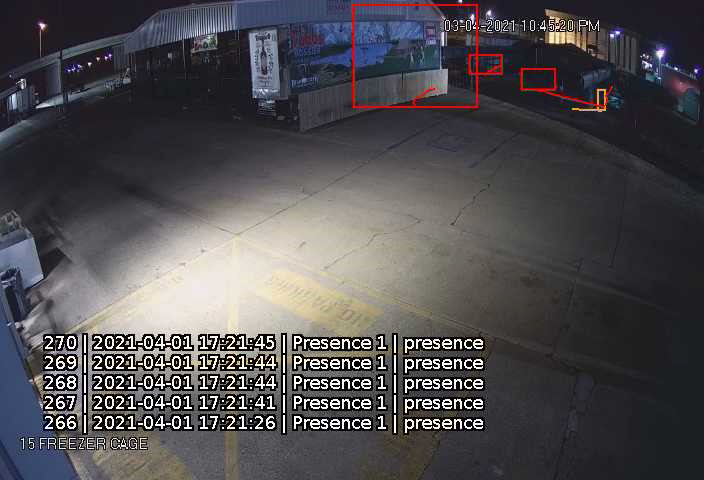 Environmental factors such as rain, snow, and insects can distort or obstruct the target area for the camera. In severe cases, this may cause false alarms to trigger. For optimal results, it would be best to mount the camera so that it is protected by a roof overhang to prevent moisture or snow from accumulating on the camera’s faceplate or dome.

Occasionally, the camera may need to be cleaned to clear the camera’s faceplate or dome from watermarks, spider webs, etc. that have built up over time. It is important that only plain water and a soft, microfiber towel is used when cleaning the camera.  The use of chemical cleaning solutions or non-microfiber cloth will damage the MEGApix® IVA/IVA+™ camera’s hydrophobic finish, causing poor video quality and analytic issues to occur.