When using a Video Management System (VMS), it is important to ensure that the server’s date and time settings are accurate. By doing so, this ensures that the footage that is recorded to the server’s archive can be considered as a reliable resource and is timestamped correctly.

This article will outline the way that DW Spectrum® IPVMS manages its time synchronization to ensure accurate timestamps for your security recordings.

DW Spectrum® IPVMS follows the clock settings of the Operating System (OS) that the DW Spectrum Media Server is hosted on. In doing so, the software compares the OS time against that of an external UTC time server over the Internet. This ensures that DW Spectrum can self-correct and mitigate clock drift. 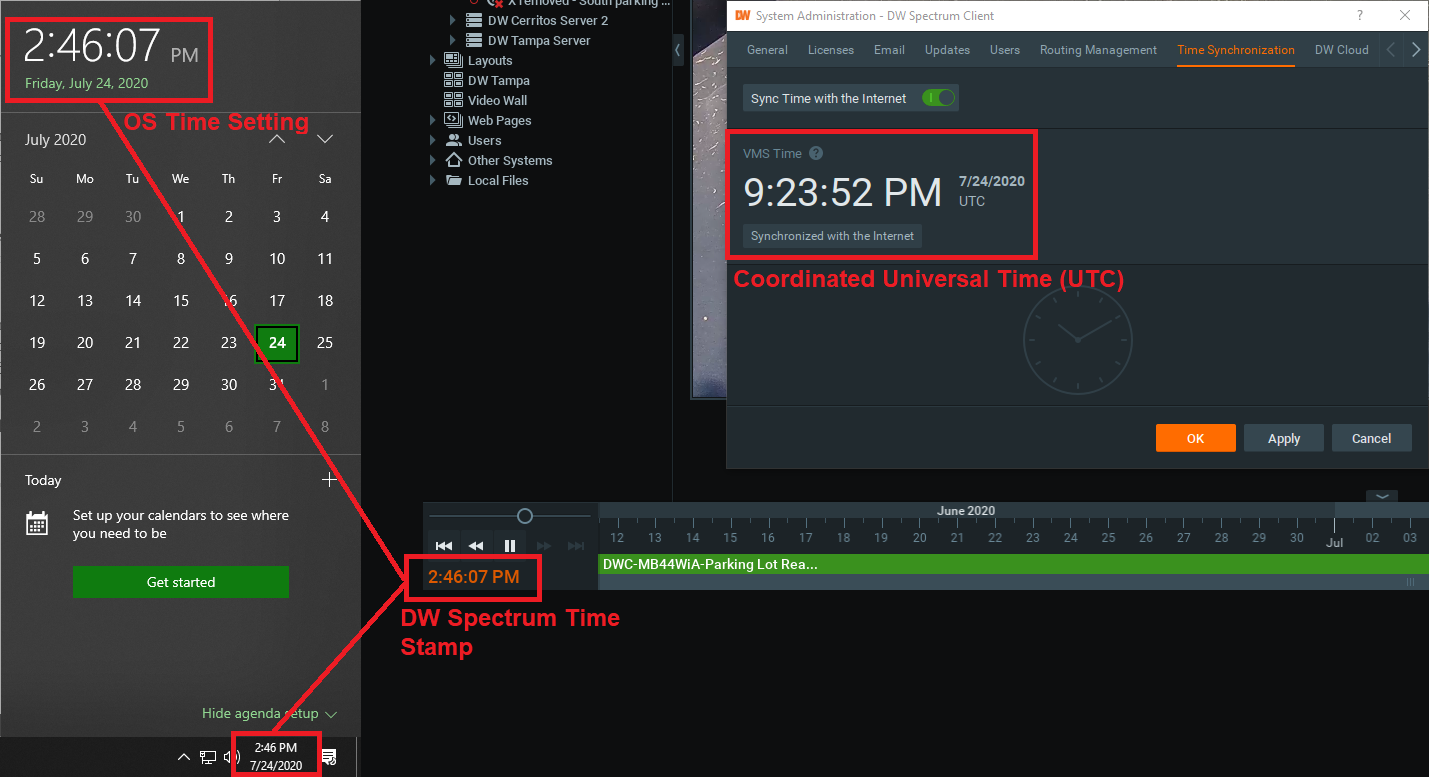 Considering this, you may be wondering how DW Spectrum knows which server the system if you have merged multiple servers together into a single DW Spectrum System.  By default, each server will synchronize the time value to the aforementioned external UTC time server, as if they were still acting as individual systems. However, if you want to set one of your DW Spectrum Servers as an NTP server due to having a closed network or for other purposes, you may certainly do so. 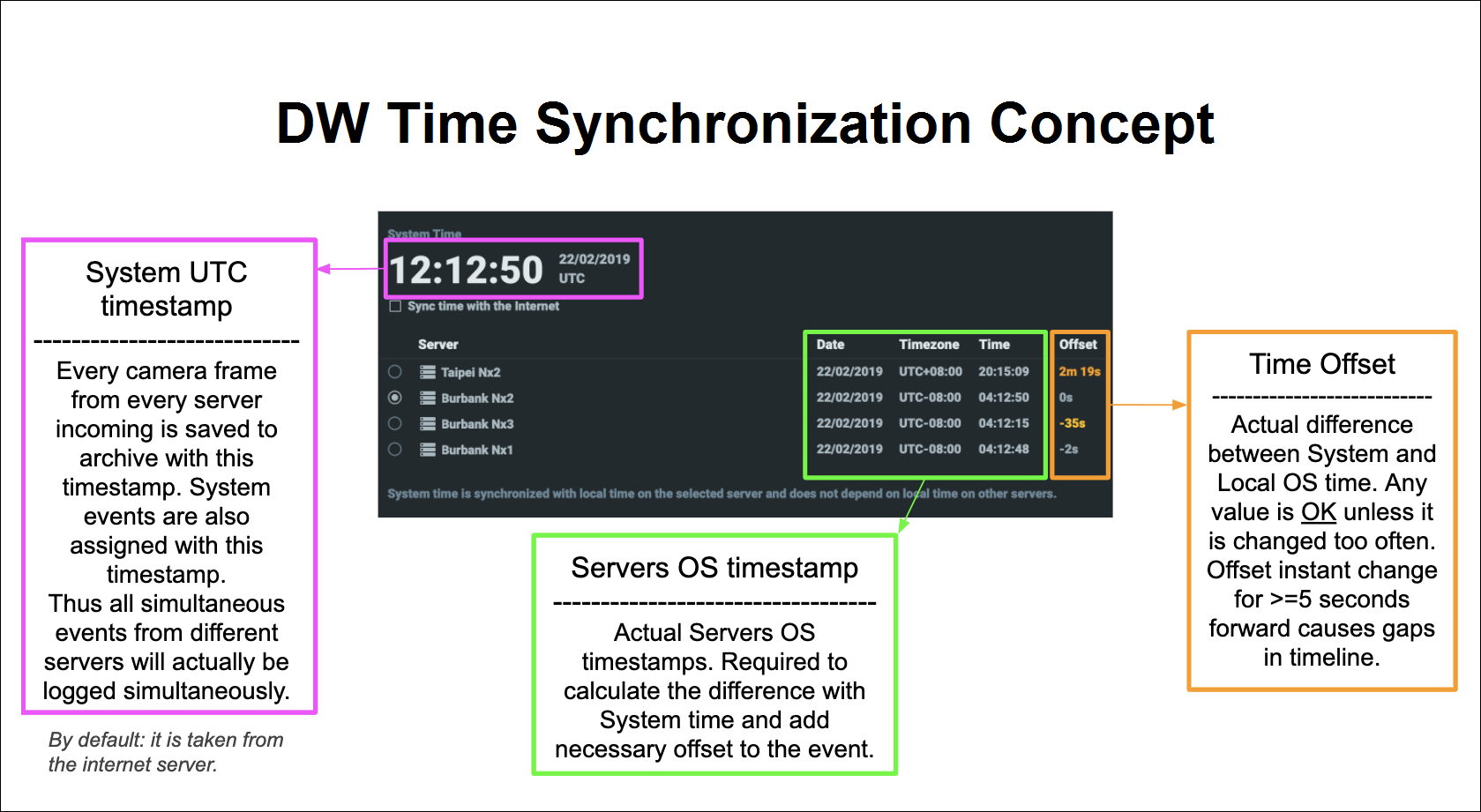 **NOTE:  We recommend that you allow DW Spectrum to synchronize its time with the external UTC server unless otherwise necessary.

To set a merged server to act as an NTP server:

Alternatively, use CTRL+ALT+A to prompt the System Administration menu. 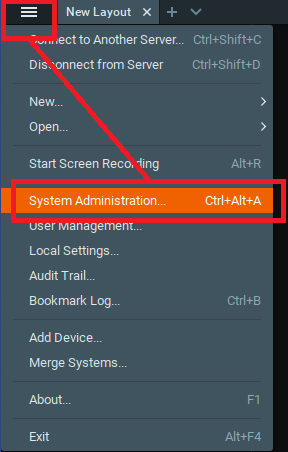 From here, you may perform one of the following: 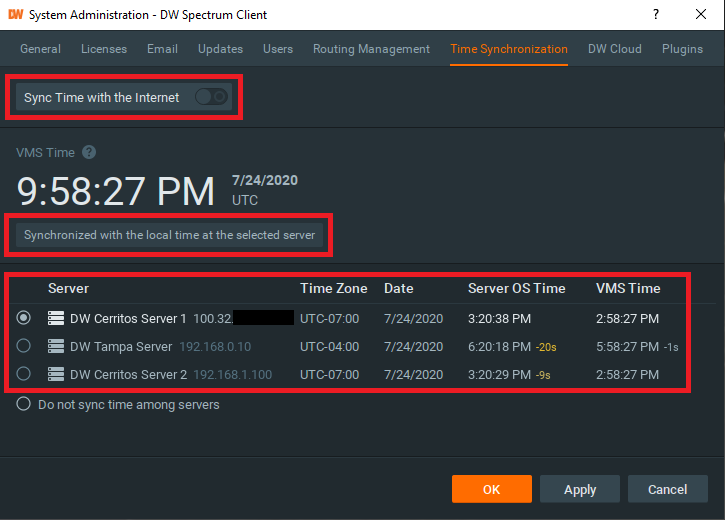 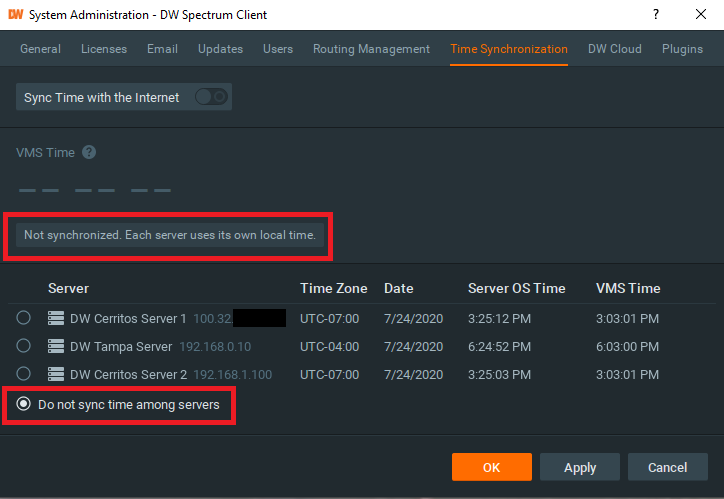