As false alarms can cause unnecessary handling time for the operator and an increased risk of missing valid alarms, the main cause of false alarms for outdoor surveillance systems involves weather conditions.  Snowfall, fog, and rain can reduce visibility and will affect performance of optical systems whether it is involving cameras, thermal detection, or lasers sensors.

This article will describe how the Site-Watch Laser Surveillance Sensor may be affected by ambient light and weather conditions and how false alarms are mitigated.

The Site-watch is designed from the ground up with high accuracy object detection in mind, making the Site-Watch stand out in terms of reliability and accuracy when compared to systems that rely solely on video cameras and IR detectors.  As with all optical systems, challenging weather situations might influence performance.

The latter is used to automatically alert the VMS if weather interference is detected.

The Site-Watch utilizes an adaptive digital processing algorithm which automatically adjusts object detection sensitivity, based on the integrity of the signal.  This allows the sensor to maintain maximum detection while suppressing noise from fog and snow, or other ambient disruptions. The Site-Watch constantly evaluates the signal measurement to determine the weather intensity, scaling from 0 – 10, allowing the user to easily create weather alarm actions. 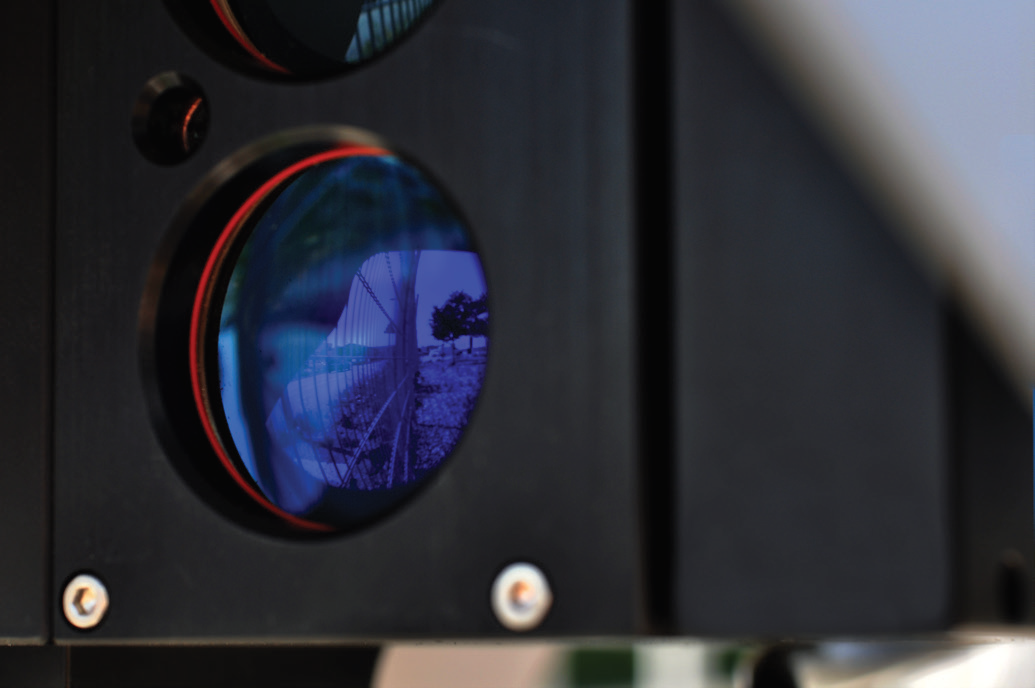 While using conventional camera technologies and video analytics, different types of lighting conditions can be an added challenge when trying to avoid false alarms.  Shadows, changes in light throughout the day, and contrasting ambient lighting are all factors that should be considered.  At night, it might be necessary to add additional lights to maintain good image quality when using cameras.

By implementing the Site-Watch, ambient light is not as significant of an element for detection as the Site-Watch uses a strong, pulsed infrared laser and a sensor that only detects the infrared laser.  This means that the sensor is totally unaffected by lighting conditions and will work just as well in bright daylight as it will in total darkness.

This makes the Site-Watch Laser Surveillance Sensor a considerable addition to your security system. 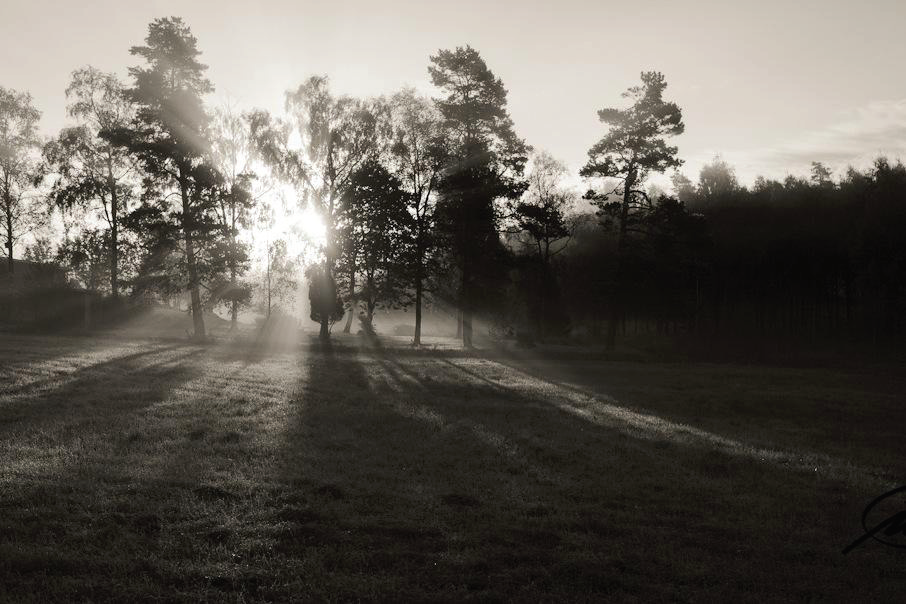 A single raindrop is too small to be detected, but light hitting a raindrop will be refracted or reflected. Each time a raindrop is hit, some of the emitted laser pulse is lost.  As rain is fast moving and randomly spread along a line of sight, signal strength of the laser decreases gradually over longer distances.  This will not generate any false alarms, but depending on the intensity of rain, object size, speed, and texture, the detection range could be limited.

While rain affects detection probability, false alarms are insignificant when using a target distance no greater than 300 meters (984 ft.). 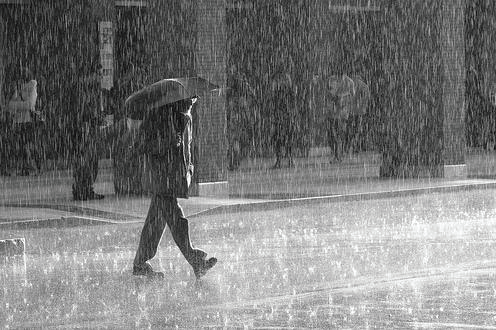 Snow can vary from large, slowly falling flakes to compact, wet snow or sleet.  Unlike rain, large snowflakes can reflect enough of the laser for the sensor to detect a single snowflake.

Snow creates a scatter effect that the sensor detects, then automatically adjusts its sensitivity to suppress the noise from snow, while still being able to detect target objects.

Detection range decreases due to signal loss from the snow, similar to rain.  However, with the Site-Watch noise suppression, the false alarm rate is kept low through the adaptive weather filter. 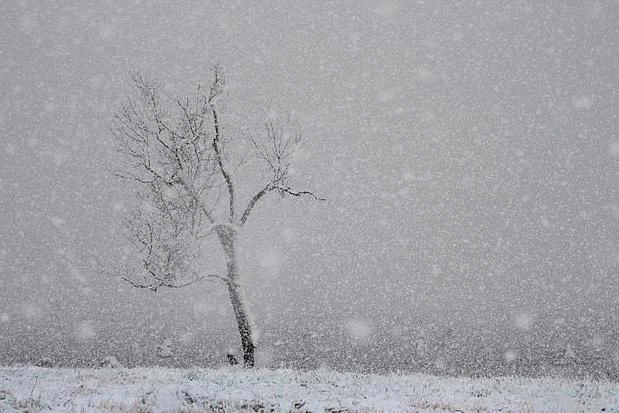 Fog can be described as aerated water droplets floating in the air.  Similar to rain, each droplet creates a small reflection to the laser sensor.  A high density of fog can cause a sensor to pick up this reflection.

Considering the density and number of droplets, the Site-Watch sensor has the ability to recognize the reflective behavior of fog to differentiate the mist from objects of interest. This lowers the alarm sensitivity and, to a degree, limits the sensor range.  However, the sensor is still able to detect objects through visible fog, without triggering false alarms.

Reduced sensor range in fog is a given, but the sensor is capable of detecting targets between 50 – 200 meters, with a false alarm rate of less than one false alarm every 200 hours.

If the Site-Watch laser is well mounted, wind should not affect the unit.  However, unstable foundations that shake in the wind can magnify the movement of the laser spot, affecting laser accuracy.  Considering a long range of the laser, even a small change in direction will change the target point.

For example, if the laser sensor direction is moved by one degree (1°), the target point can be moved almost 10 meters at an overall distance of 500 meters.

To minimize the risk of misalignment due to wind or vibrations, the sensor has heavy-duty alignment mechanics and a strong wall mount.  As long as the sensor is well mounted, wind should not affect performance.  The sensor should always be mounted on a steady foundation, such as to a wall or a well-secured pole. 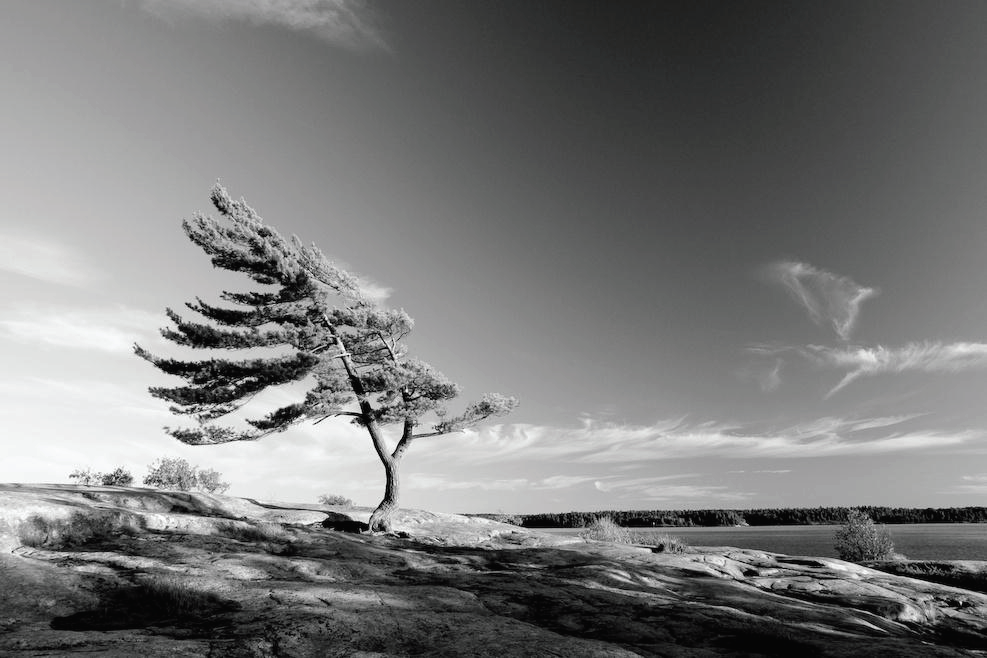