What is Automatic Camera Failover?

A single Server can handle a maximum of 128 cameras. So, for example, if a Server is actively recording 64 cameras it can act as a Failover Server for up to 64 additional cameras from other Servers in the System.

Failover takes approximately 1 minute in the instance of a network or power failure.

So assume an application has 140 cameras of relatively equal resolution.

Standby Method - 2 servers are in production mode each recording 70 cameras and a 3rd server is merged into the system with no cameras on it. In this case if any of the 2 servers goes offline the 3rd server can take its place.

Overhead Method - 3 servers are in production mode each recording 47 cameras in merged environment. In this case if any one of the 3 servers goes offline the overhead capacity (in processor power and storage) of the other 2 servers can grab the failed servers cameras and continue to record.

To Enable Automatic Camera Failover on a Server: 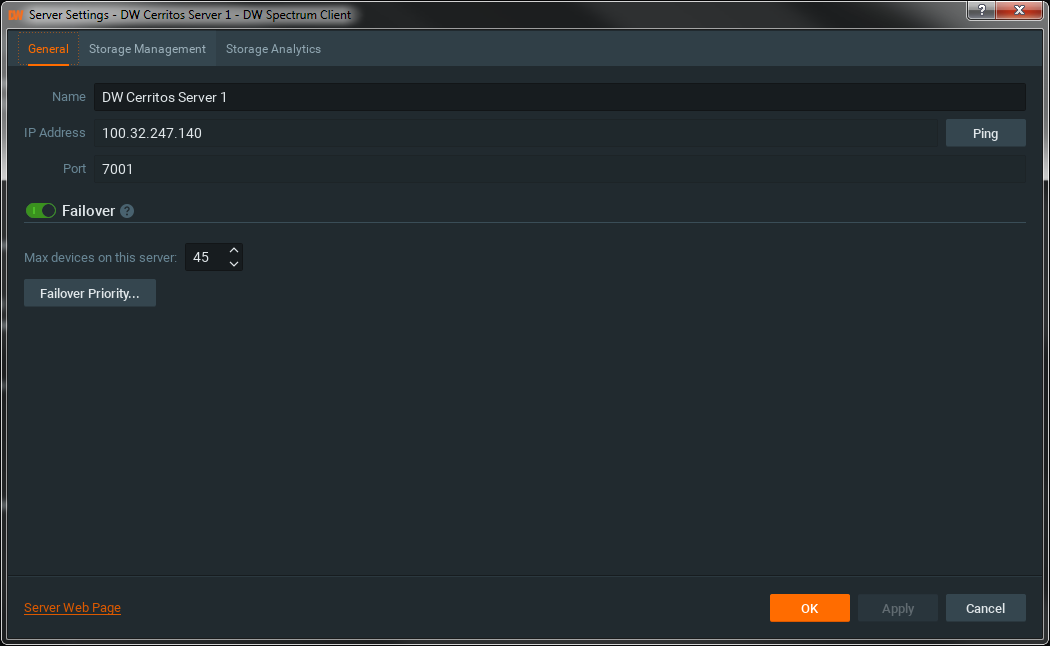 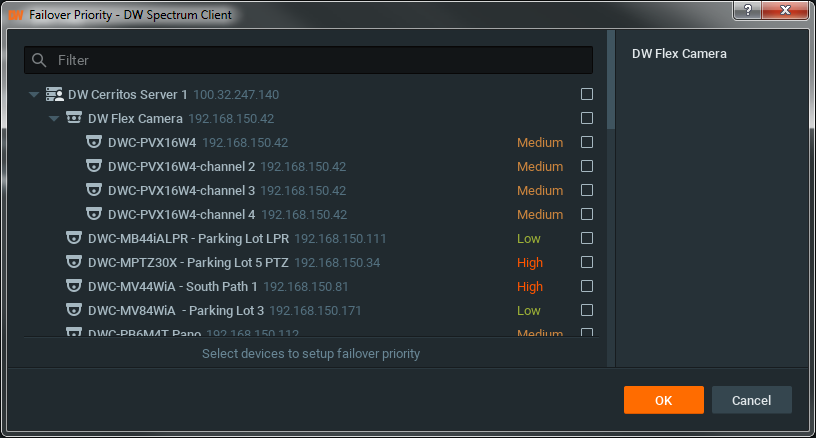