Because of their design, LPR cameras are designed to stay in Night Mode (black/white) imaging at all times.  This is so that the camera will continuously keep its IR lights on to illuminate the reflective coating used to treat license plates.  Additionally, black and white imaging provides a sharper image in comparison to color, which is better for reading the text on license plates.

This article will outline the recommended parameters when installing an LPR camera to achieve the ideal image as well as some common issues and fixes that may be encountered.

**NOTE:  If you are interested in capturing the entire vehicle, the surrounding area, or in general surveillance of an area that is covered by an LPR camera, it is recommended to install an additional general camera for increased system reliability.

License Plate Recognition (LPR) cameras are designed to focus on single lanes of vehicle traffic to record license plate numbers on video.  Complications for capturing license plates using regular security cameras such as vehicle speed, fog, night vision, and the reflective coating on license plates are not as much of an issue for an LPR cameras as they deliver high-contrast, monochrome video for a clear image.

Because these cameras are built to continuously use a monochrome image (Night Mode) and should be zoomed-in to the target area, an LPR camera alone would not be capable of providing both a wide-angle view over an area while also providing enough detail to capture license plates.  This is why LPR cameras are typically used in conjunction with a regular camera (uses both Day/Night mode) as an “overview camera”.  Combining the use of an “overview camera” with an LPR camera will provide crisp license plate images and the additional details – such as the vehicle make, model, and color – that an LPR camera would miss on its own.

When planning to install an LPR camera, consider the following: 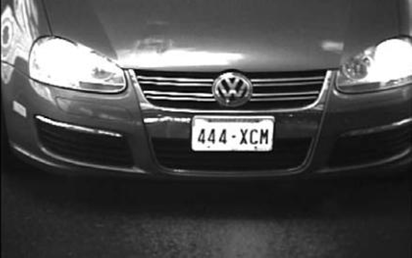 **NOTE:  If possible, when positioning and focusing an LPR camera, temporarily parking a vehicle or using a loose license plate (can be purchased from most major hardware stores) as a sample target is highly recommended to optimize the camera’s image quality.

**NOTE:  When viewed through a camera, U.S. license plates are typically at least 216 pixels wide. This roughly translates into being that when using an LPR camera, a target area that is no wider than 5~6 feet (assuming that 1944p standard definition video is in use) should be created where vehicles are anticipated to pass through.

Setting up an LPR system require proper planning to ensure that the camera will properly capture and store license plate data with minimal distortion in the image.  When mounting an LPR camera, consider the following guidelines to achieve an optimal image.

As LPR cameras are stationary, the angle that the camera is mounted at is essential in capturing a clear image of license plates.  It is recommended that the camera is mounted to be as aligned as possible with the target area that license plates are expected to travel through during regular operation.  Typically this will be somewhere directly in front of or directly behind the vehicle, however this is not always possible.

When mounting the camera, consider the following:

**NOTE:  Attempting to position the camera at odd angles or that exceed the recommended mounting angle will result in a poor quality image of passing license plate(s).

When initially viewing the LPR camera’s video during setup, passing license plates may appear blurry if the vehicle is moving at an excessive speed.  The Shutter Speed of the camera can be increased (through the camera’s Web Viewer) to improve picture clarity, but do so gradually as the higher that the shutter speed is set, the darker and grainer the image will appear.

When adjusting the LPR camera’s Shutter Speed, consider the following:

By default, LPR cameras are fixed to stay in Night mode to ensure that the cameras utilize their IR light modules.  Additionally, a monochrome image can be better for reading text.

Despite this, LPR cameras are also purposefully designed to only direct IR light in a single direction, rather than to flood an area with IR light similar to regular IR-equipped cameras.  As so, environments that are well-lit due to sunlight or external lighting may be able to capture images of ambient objects to the LPR camera. Alternatively, an environment with lots of shadows and no external lighting may appear as a black screen.

Remember that LPR cameras are meant to capture images of license plates and not to surveil the surrounding environment.

The following are common issues that may be encountered with LPR cameras as well as the recommended fixes.  All LPR camera settings can be managed through use of the camera’s Web Viewer interface.

Ensure that the camera is properly focused on the target area, adjust the camera Shutter Speed (Setup > Camera > Exposure Settings) to be between 1/240~1/480.

Issue:  Video image is overexposed or is affected by headlights

Adjust the camera’s mounted angle, adjust the camera Shutter Speed.  Some cameras may feature an HME (Highlight Masking Exposure) function which can be used to mask/blackout headlights or overexposed areas in camera video. 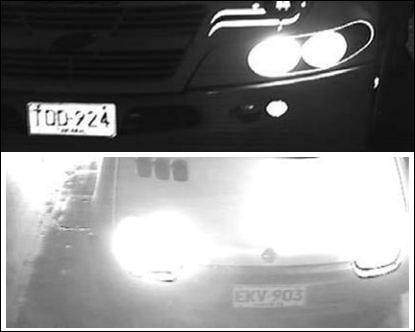 Issue:  License Plate is angled or is sized improperly

Most LPR issues can be mitigated at the time of installation.  Check the camera mounting angle, height, and direction/orientation to ensure that the positioning is within the mounting guidelines. 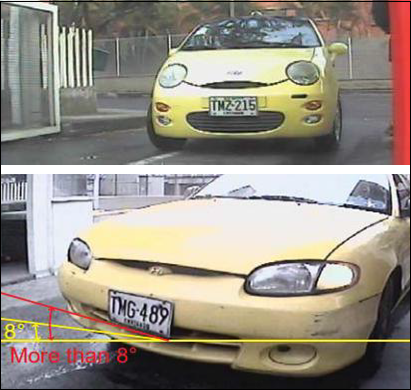