These two portions of DW Spectrum® IPVMS coordinate to comprise a System.  A System can refer to a group of merged servers or to a single server.

This article will explain how to install DW Spectrum® IPVMS, create a new Server, create a new System, and how to change the System name and password. 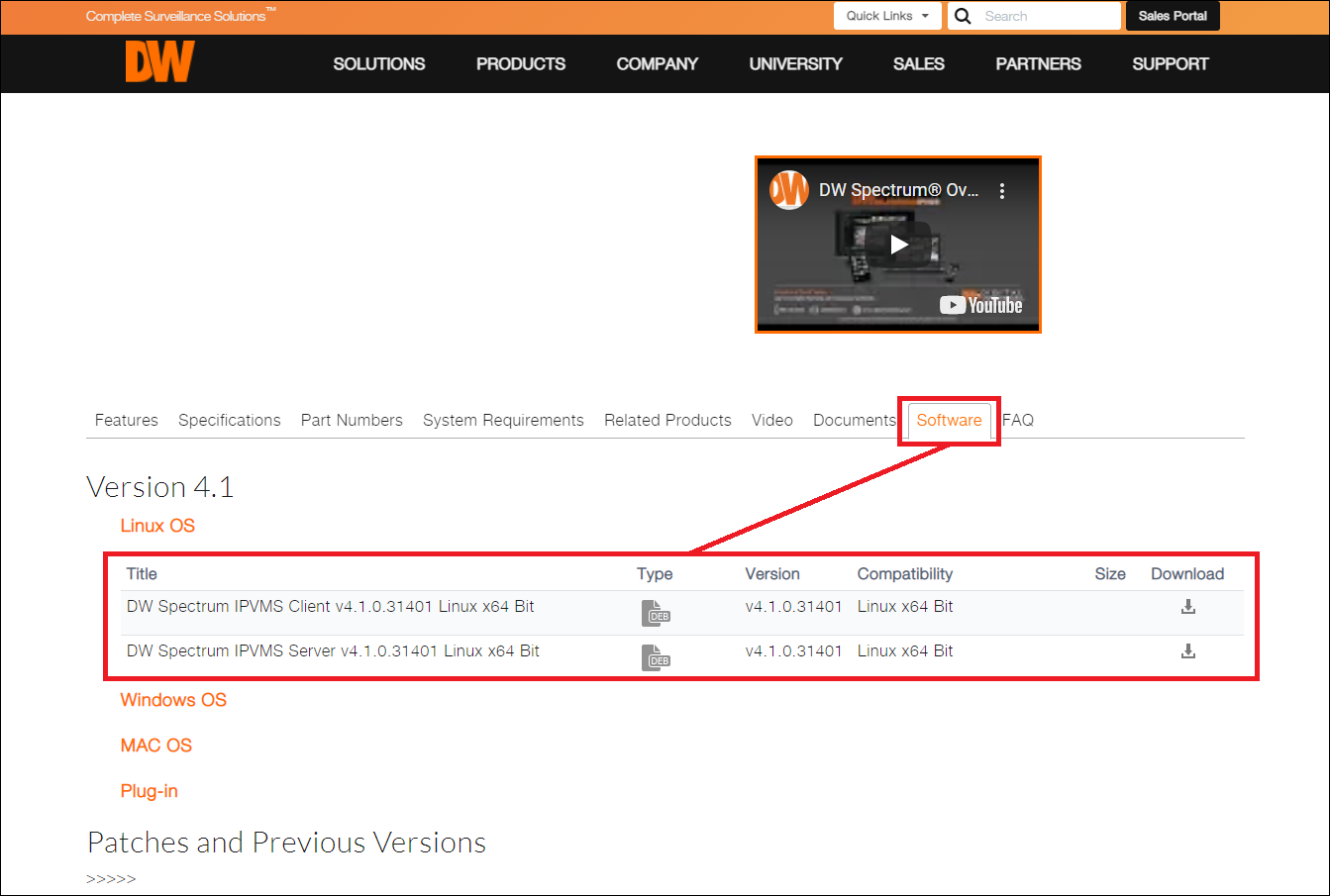 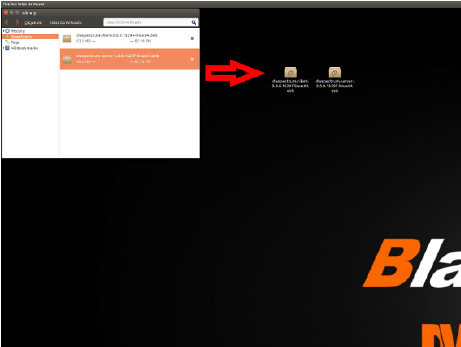 **NOTE:  The Ubuntu OS Terminal program is case-sensitive.  Use the following commands exactly as they are written. 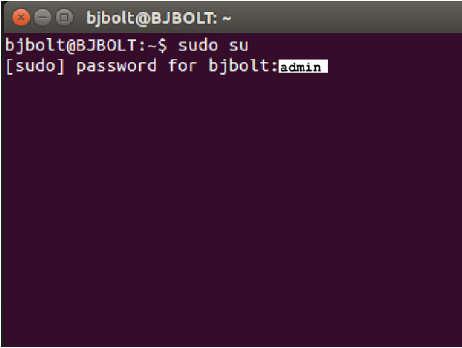 Next, to list the available files on the desktop and confirm that the installation files appear, use the command: 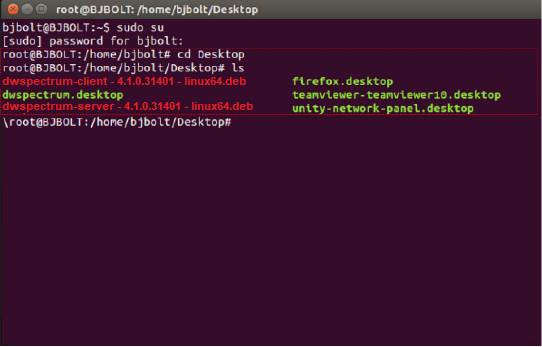 **NOTE:  You can press the Tab key after partially entering the command (dpkg –i dwspectrum-server) to automatically complete the file name.

When finished, the DW Spectrum® Server program will then be installed.

**NOTE:  You can press the Tab key after partially entering the command (dpkg –i dwspectrum-client) to automatically complete the file name. 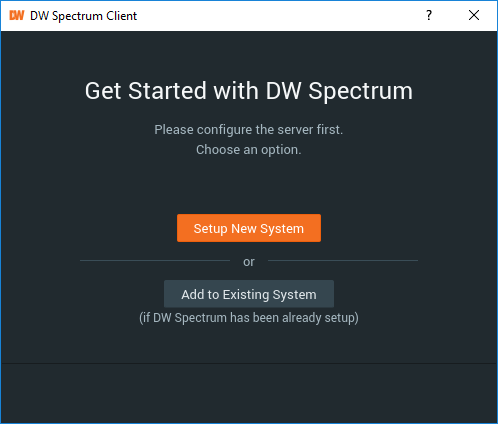 **NOTE:  It is recommended to create a password that uses at least eight characters and contains at least two variations of lowercase letters, capitalized letters, numbers, or non-roman symbols. 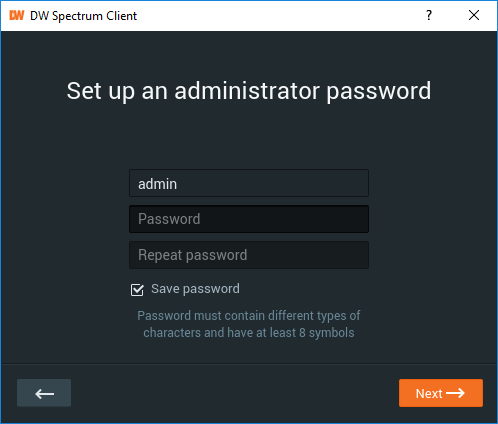 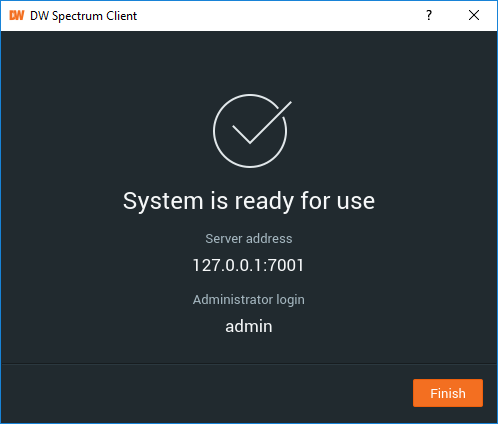 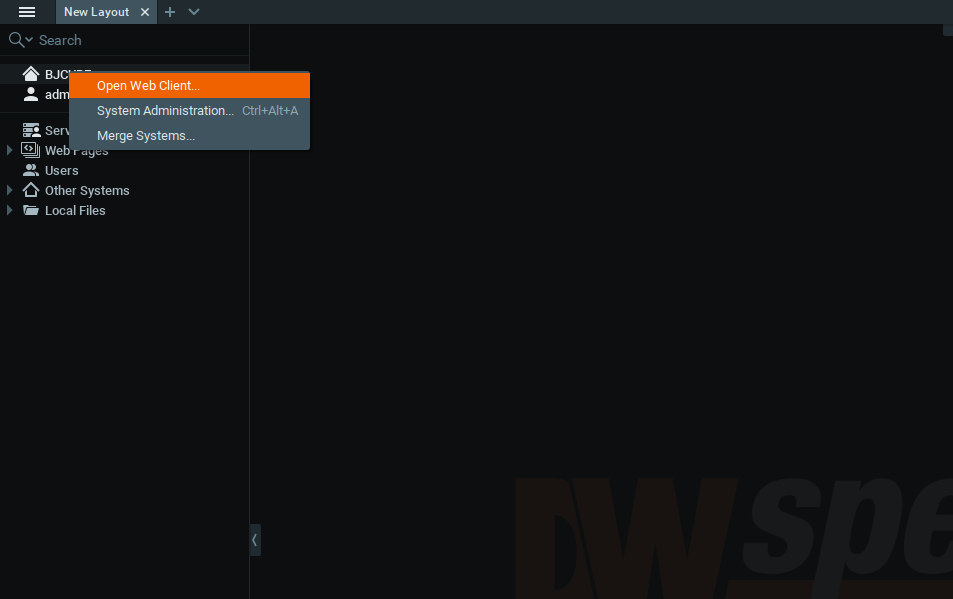 **NOTE:  An alternate method of accessing this web client is to use the Server IP Address to connect through a web browser. 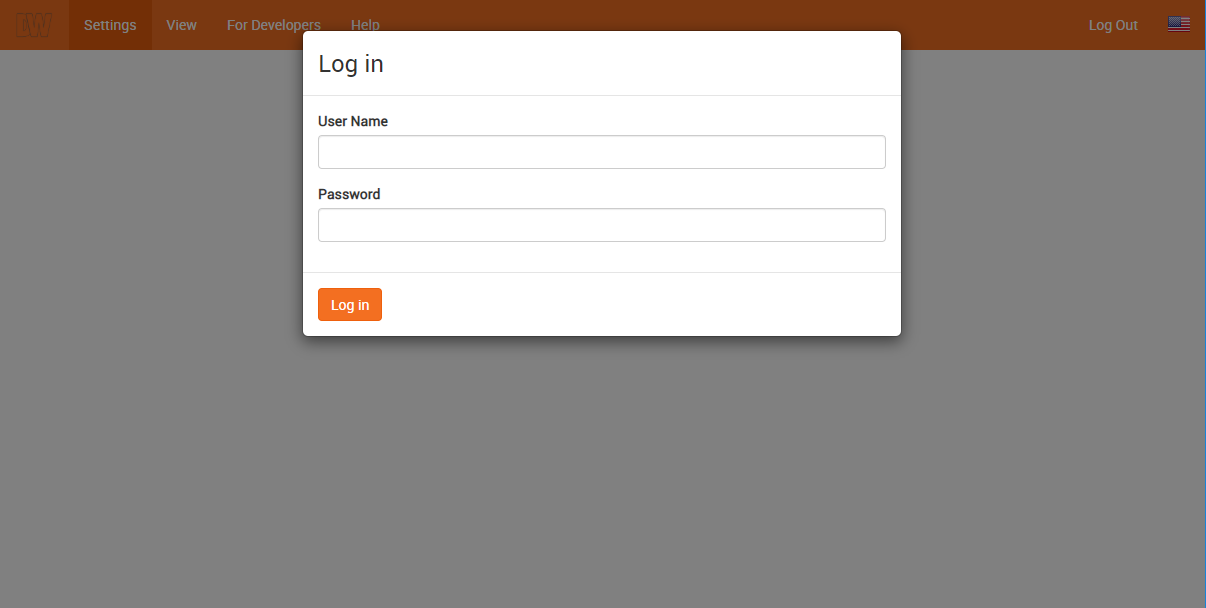 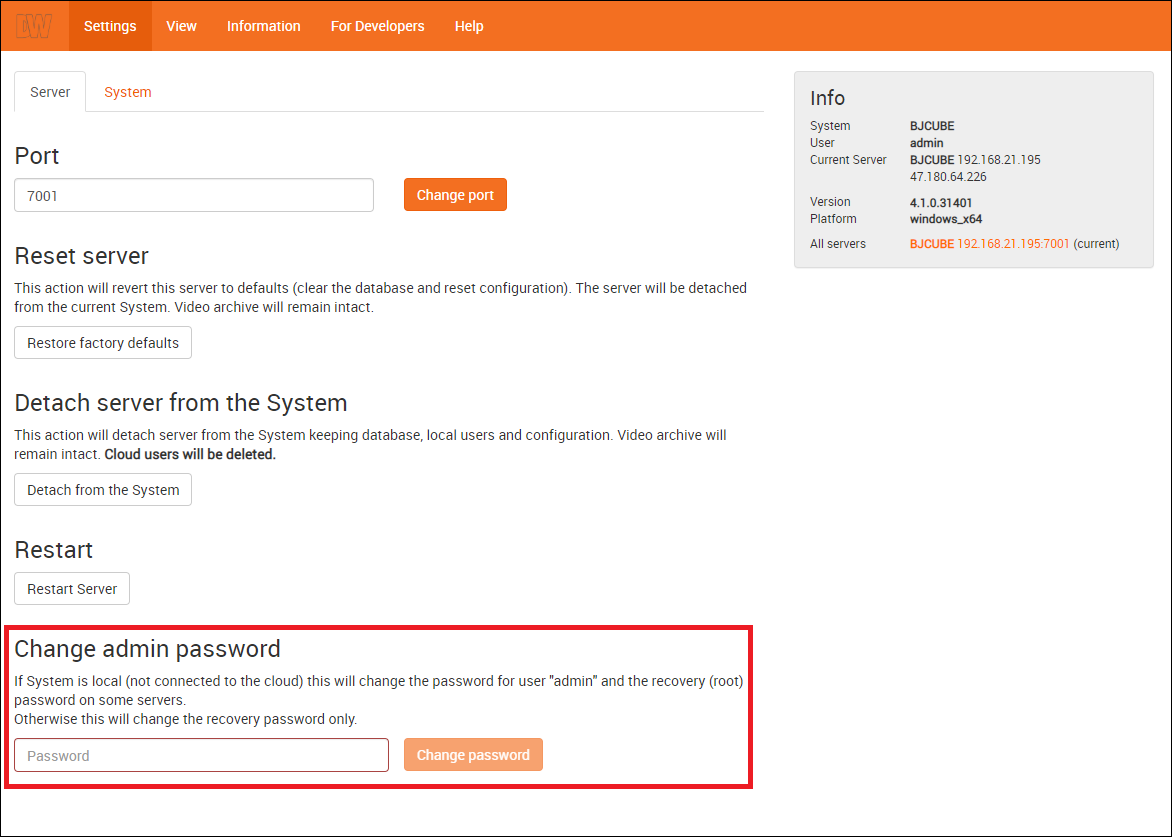 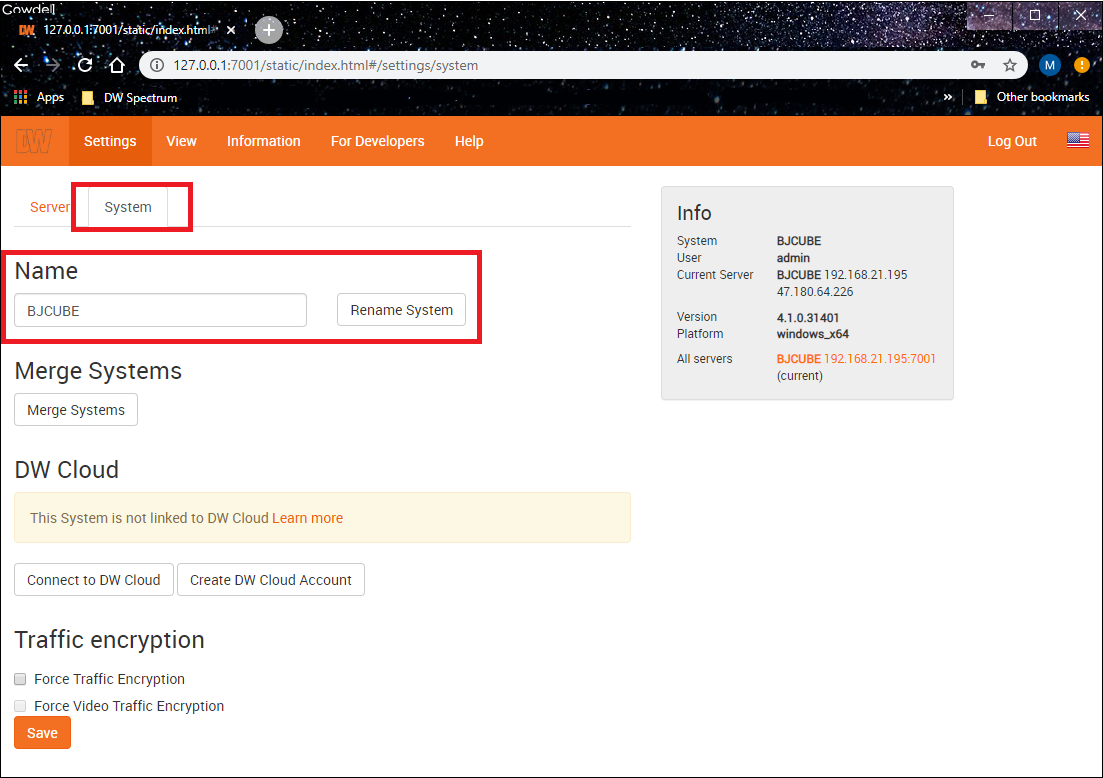 It is recommended that keep track of your password.  If the Administrator password is forgotten, a password reset form must be submitted for all DW Blackjack® Series NVRs.