Adding Cameras To An HDSpotMod From VMAX A1 (2.1 MP)

adding cameras to an HDspotmod from VMAX A1 (2.1 MP)

In some cases, cameras will need to be added manually to an HDSPOTMOD, rather than allowing the device to scan/detect for cameras automatically. This guide will go over the different ways that cameras can be added manually when using a VMAX A1 DVR.

While it may seem more convenient to have your camera(s) stream directly to both the recording device and the HDSPOTMOD, it can actually cause streaming issues as that configuration would be creating more "work" for the camera. This article will go over how to manually assign cameras to an HDSPOTMOD from a VMAX A1, while avoiding this issue.

Assigning from VMAX A1

The VMAX A1 is a Digital Video Recorder (DVR) that is utilized in conjunction with analog cameras to stream and archive camera footage. In this example, there is a VMAX A1 streaming and recording video from an analog camera. The camera is being powered and connected from an external power source to the DVR. The HDSPOTMOD is not able to simply scan for the DVR and add the camera over the network, but you can add the camera  to the HDSPOTMOD manually by an RTSP (Real Time Streaming Protocol) address. Here is how to do so:

1) If you have confirmed that both the VMAX A1 and the HDSPOTMOD can communicate with each other, it is easiest to perform this from the HDSPOTMOD web client. To connect, open a browser and connect with the HDSPOTMOD by entering the IP Address and Web Port of the unit. You can do the same for the VMAX A1.

2) After logging in, select Monitoring >> Registration >> Manual Registration, change the Protocol to "RTSP" and select the Channel that you want the camera's video stream to display in. In the fields "RTSP 1st URL" and "RTSP 2nd URL", we will assign the stream from the DVR to the HDSPOTMOD. 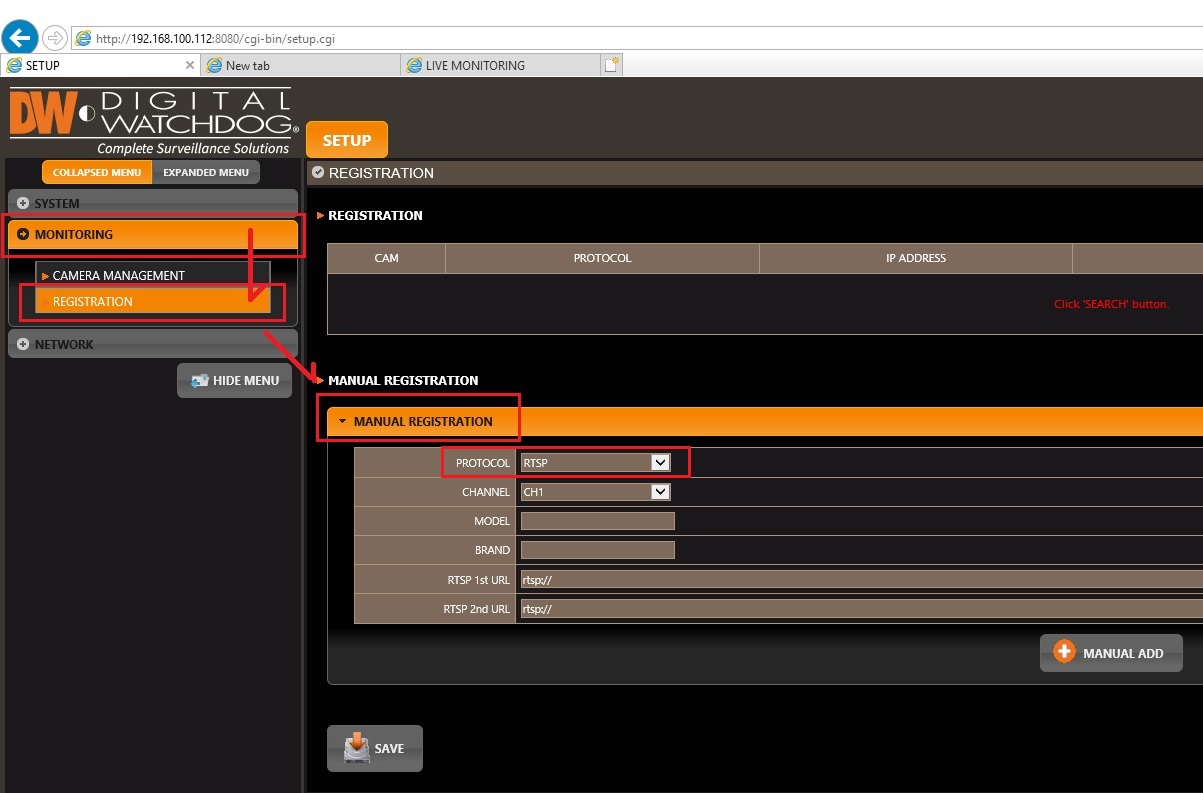 3) To create the RTSP URL, we will need to use the DVR's IP Address and Network Port number.

If you are trying to add video from a VMAX A1 on an external network (WAN), you can use the Public IP Address. Keep in mind that the DVR will need to be port forwarded if that is the case.

4) In the HDSPOTMOD's Manual Registration menu, enter the VMAX IP Plus's login (User ID/Password) in the top right hand corner of the Registration menu. If the User ID that you are trying to utilize does not have a password applied, you will need to do so before proceeding.

Next, set the Protocol to "RTSP" and designate what Channel that you intend the video to stream in at the HDSPOTMOD.

Finally, use the following RTSP URL structure and enter the URL to the 1st and 2nd RTSP URL fields. 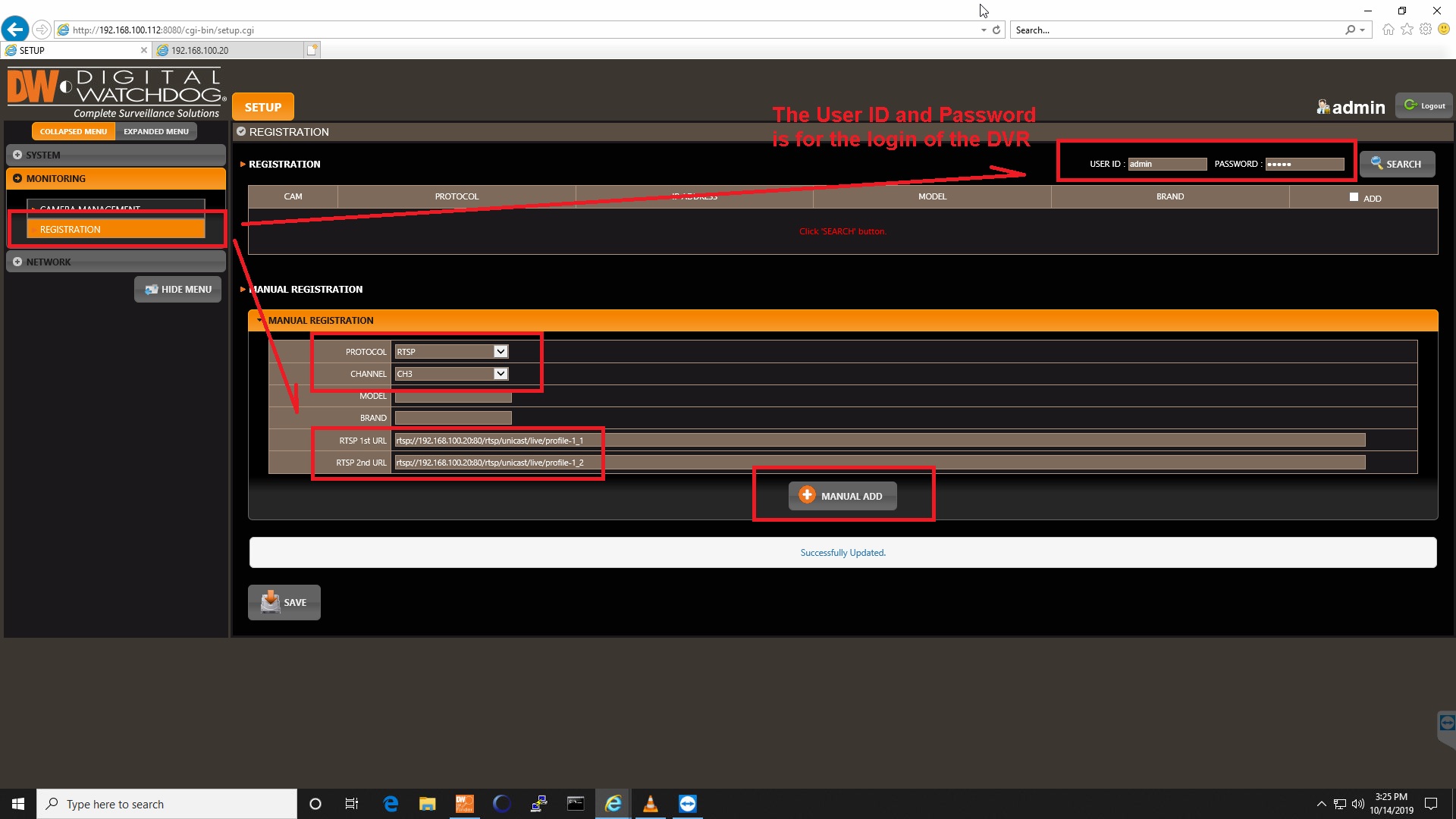 5) At this point video should be displaying from the camera in the designated channel of the HDSPOTMOD and you have completed the manual addition of a camera from the VMAX A1.

There is presently no Live View function for the DW-HDSPOTMOD web client.

To learn how to manually assign cameras to the HDSPOTMOD from other devices, please select one of the links below: