DW Spectrum® Servers operate with standard ONVIF Profile S API, which is commonly used by most IP cameras, creating an easier setup process when adding cameras to a Server and for video stream communication.

IP cameras, unless added by RTSP, will typically communicate with the DW Spectrum® Server through their ONVIF streams.  If there is an interruption in this stream related to camera issues, network issues, or software issues, the ONVIF video stream may experience video loss, duplicated streams, or various communication problems.

In most cases, these issues can be resolved by rebooting the camera itself.  However, it is otherwise recommended to troubleshoot these types of issues either directly at the Server or from a workstation on the same network as the camera.

This article will outline some troubleshooting that can be performed to resolve most camera display issues.

**NOTE:  If you are using a third-party camera and are experiencing video issues, please use the following articles.

If your camera is not streaming video, and this is a first-time setup, check the physical camera connections and that all assigned IP addresses are configured for the correct network.

If the camera is experiencing streaming issues, but was working previously, possible issues may include:

When troubleshooting streaming issues, it is recommended to download and install ONVIF Device Manager(ODM) to the DW Spectrum® Server or to a workstation computer that shares the same LAN as the Server.

The application is compatible for Windows OS only, but is a great tool for troubleshooting camera issues.  ODM scans the network for ONVIF compliant devices that are produced by both Digital Watchdog and by other manufacturers.  Most importantly, it can be used to test ONVIF video streams.

Enter the User ID and Password of the camera’s ONVIF profile. 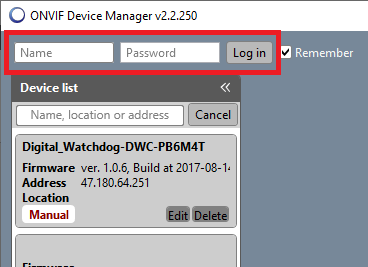 Live camera video should begin to display in ODM.  If video does not display and the camera’s login is entered correctly, then the camera is likely experiencing an ONVIF communication issue. 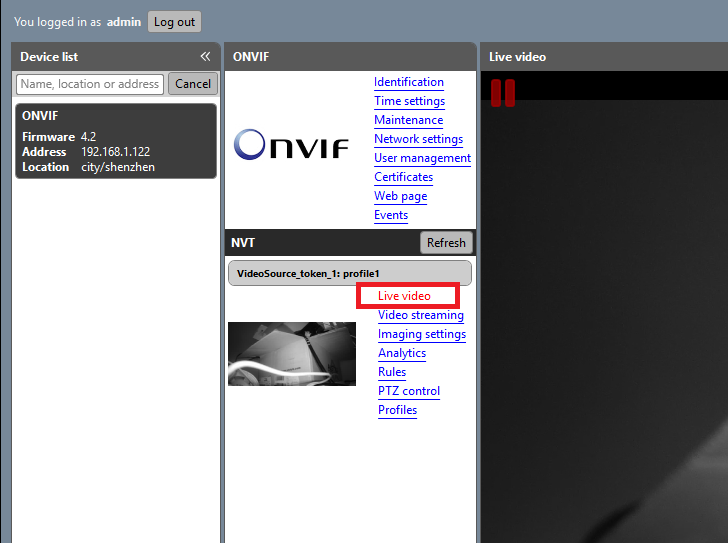 If the camera does not display video in ODM, proceed to the next troubleshooting step.

The camera can be rebooted through the Maintenance section of ODM.

Alternatively, the camera can be rebooted from its web client or by disconnecting and reconnecting the camera power.

Test the camera stream again after completing the reboot.  If the issue persists, proceed to the next troubleshooting method. 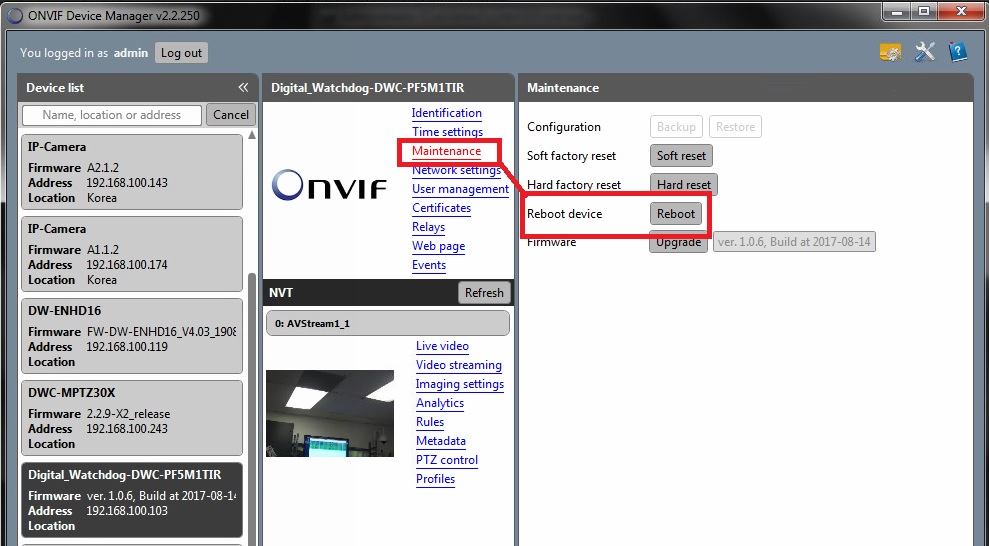 If you have not set up a new Username and Password for the camera yet, use:

If the camera displays video in the web client, but not in DW Spectrum® IPVMS or in ODM, please check the camera’s streaming settings and test the camera using an H.264 codec instead of an H.265 codec.

If the camera does not display its HTML5 video stream in the web client, there is likely an issue occurring locally within the camera. 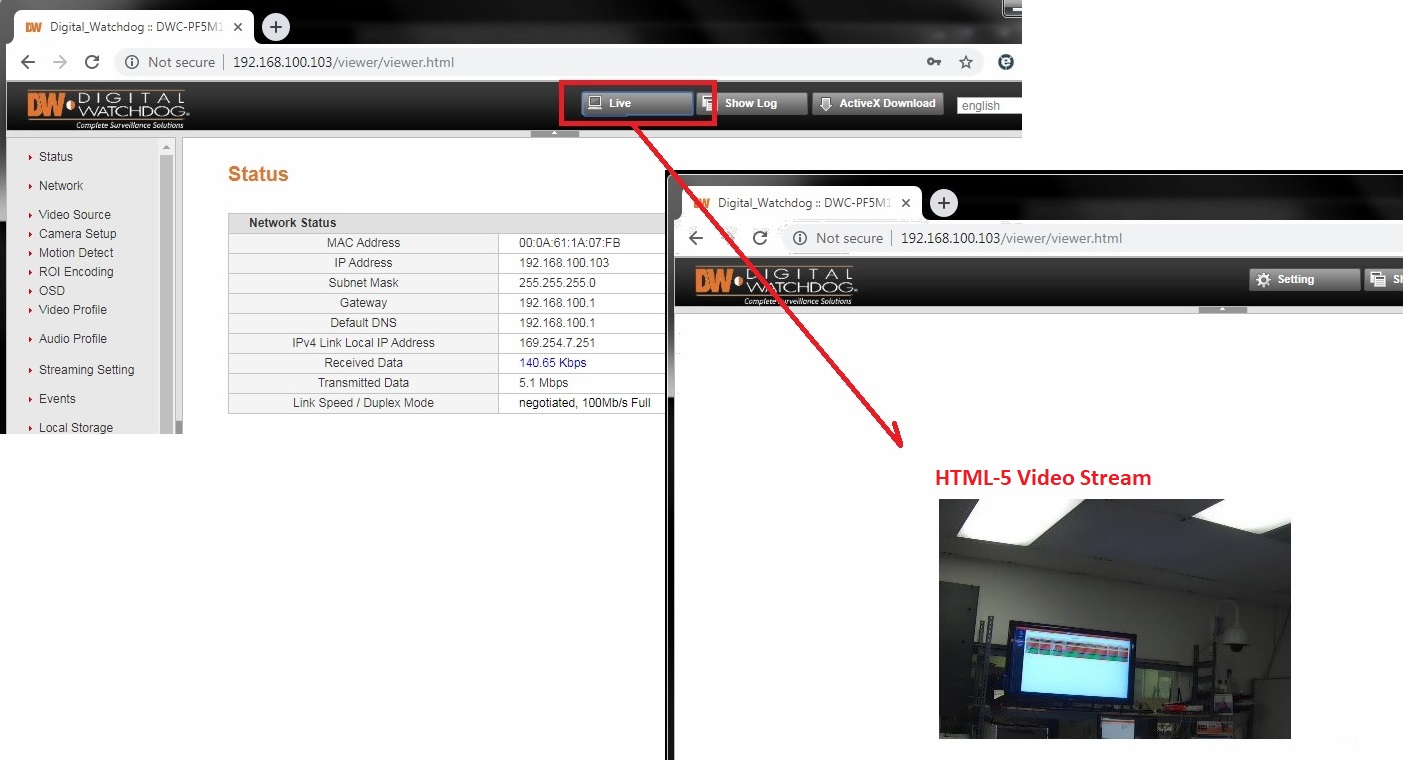 To obtain the latest firmware for your DW camera, open a browser and visit http://digital-watchdog.com.

**NOTE:  Flashing or re-applying the same camera firmware, if the camera is up-to-date, is an acceptable troubleshooting action. 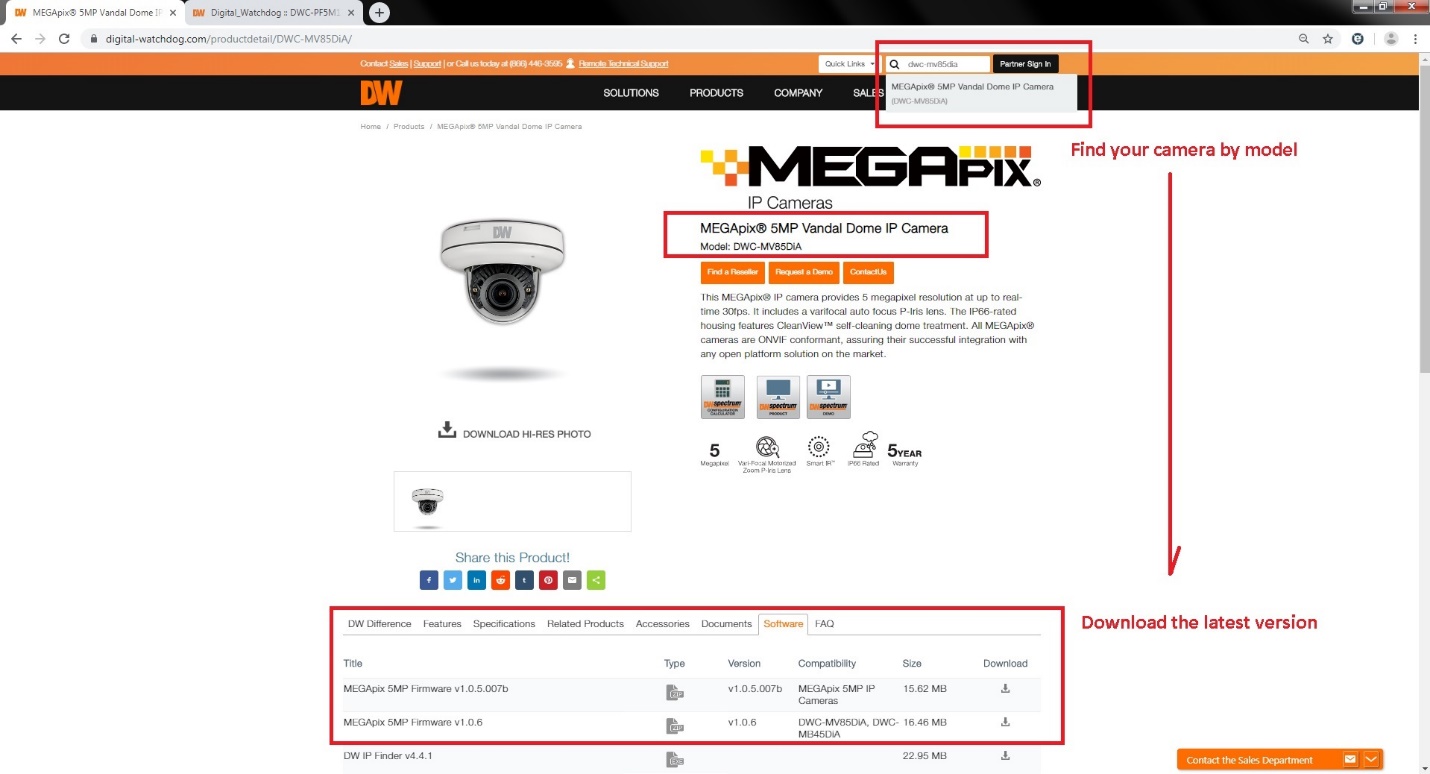 Log in as the Administrator, then select the camera’s Settings menu.

You may be required to update the camera’s password if this is the first time that the camera is being logged into.

Otherwise, locate the camera’s Firmware Update section of the web client (location varies depending on camera model) and upload the firmware to the camera.

If the issue persists, proceed to the next troubleshooting step.

If the camera is not streaming video, is up to date with its firmware, and is not experiencing an IP address conflict or other network issue, defaulting the camera will likely resolve the issue.

**NOTE:  Most camera models will feature an option for Soft-Default or to exclude the camera’s network settings from being defaulted as well.  Some camera models will have a specific toggle for this, while others may require you to select specific areas to be defaulted. 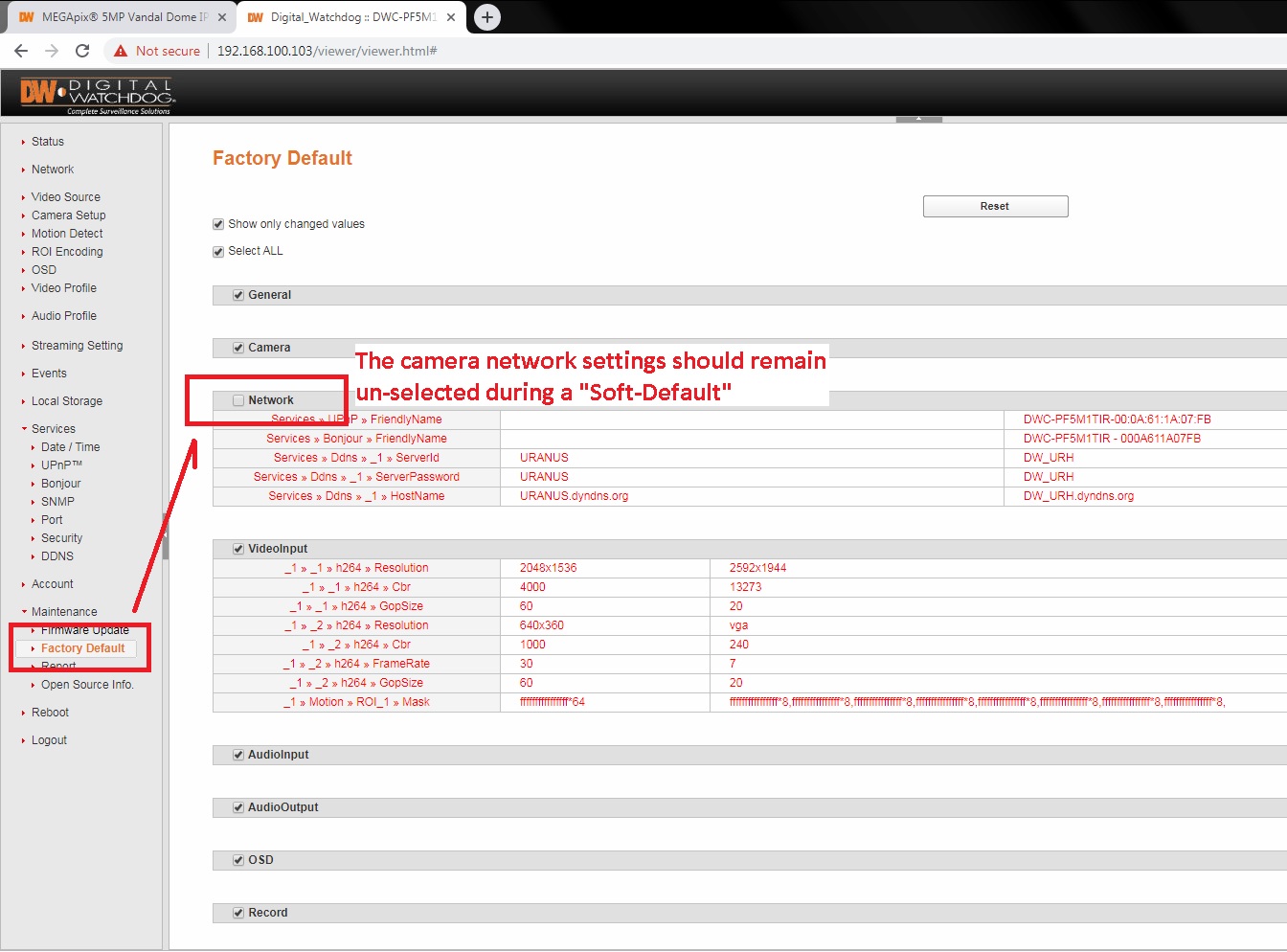 Completely resetting the camera will revert it back to the factory default settings and will require setting up the camera again, including the network settings.  Use the following resources if needed:

Further troubleshooting may require that you physically uninstall the camera from its mounted position and bench test the camera to remove the cable-run (or PoE switch setup) as a possible cause of the issue.

Use of a PoE injector during the bench test will remove power consumption issues from the PoE switch as a possible cause as well.

If the above troubleshooting has not resolved your streaming issue, you can contact Digital Watchdog Technical Support for further assistance.